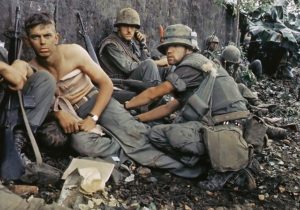 There is no better summary of the way to deal with a business crisis than that offered by Jim Collins in his seminal book Good to Great. He refers to the approach as The Stockdale Paradox in the chapter called Confront the Brutal Facts.

Stockdale was a three-star Admiral in the U.S. Fleet Air Arm who was shot down in 1965 and spent 8 years as a prisoner of the Vietnam war in the ‘Hanoi Hilton’. He became a legend amongst the other imprisoned men and the US public.  He endured torture many times over, accepted the absence of any rights, encouraged his men to communicate in code during isolation whilst not knowing if he would live, die, or see his family and the U.S. ever again.

He learned a great deal about handling adversity which he characterized this way. “You must never confuse faith that you will prevail in the end, which you can never afford to lose, with the discipline to confront the most brutal facts of your current reality, whatever they might be”.

So, what needs to be done right now? Produce a realistic, well founded cash-flow forecast.

In it you need to include all the predictable costs (reduced as far as you can by managing them) and make a best estimate of revenues. Add in whichever elements of the Government support package apply and run it for 13 weeks (the next quarter). Consequently, you will know if you’re going to run out of cash and if so when. You can go further forward if you can predict the future with any certainty, but I suspect that a lot will have changed in the next 3 months.

You can then make a plan, which may include going to the bank for a Government guaranteed loan. On the other hand, you may be in a good place where your market remains resilient and opportunities have arisen.

Whichever way it is, knowing what you face will allow you to sleep at night so you can tackle tomorrow’s issues with a clear head and maximum energy.

To discuss anything I’ve said in any of these articles, use the contact button below and we’ll arrange a call.

In a crisis, manage your Cash.

We really appreciate you taking the time to report this bug, we will look into it ASAP.